This year marks fifty years since Ozeki launched its famous ‘One Cup’, back in 1964.  To mark this historic occasion Ozeki sponsored a tasting with The British Sake Association in London on 17th November. Held at the newly-refurbished Tombo Café and Deli in South Kensington, the event was oversubscribed, with 30 attendees.

Some attendees were fairly new to sake, and others more familiar; but even the regulars members, who have been to events before, found it very useful to have a re-cap on the main categories.

Presented by Sarah Wedgbury from JFC guests were treated to a taste of eight different sake, under the heading ‘Learn The Basics’ .

Tasting began with a low alcohol sparkling sake, and moved on to a daiginjo,  junmai, tokubetsu junmai, honjozo and of course One Cup, a futsu shu, before finishing with a taruzake.

Tombo’s kitchen prepared generous and delicious otsumame: guided by advice from Sarah each dish was prepared to match the sake.  However, the last sake, the taruzake, was daringly matched with chocolate – filled with a divine matcha-flavoured ganache – and made by the talented London-based chocolatier Chika Watanabe. www.chikawatanabe.com

Future events in the pipeline include: In January at United Ramen in Islngton –Warm Sake and Hot Ramen – perfect for warming you up in the chilly days after Christmas; then in February, in time for Valentines Day, Chocolate and Sparkling Sake. Details to follow.

The Association is always happy to hear from breweries or importers who would like to sponsor an event – our aim is to educate the consumer, with as wide a range of tastes as possible. 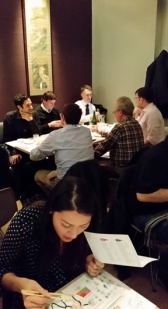 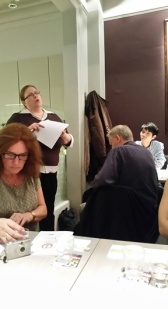 Sarah in full flow with our President, Shirley Booth, in the foreground 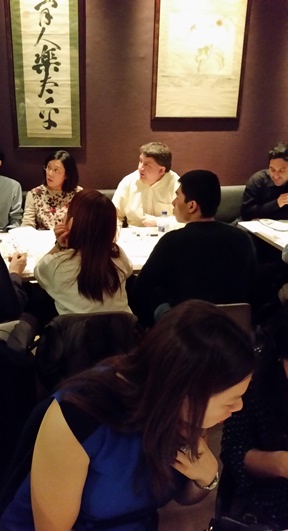 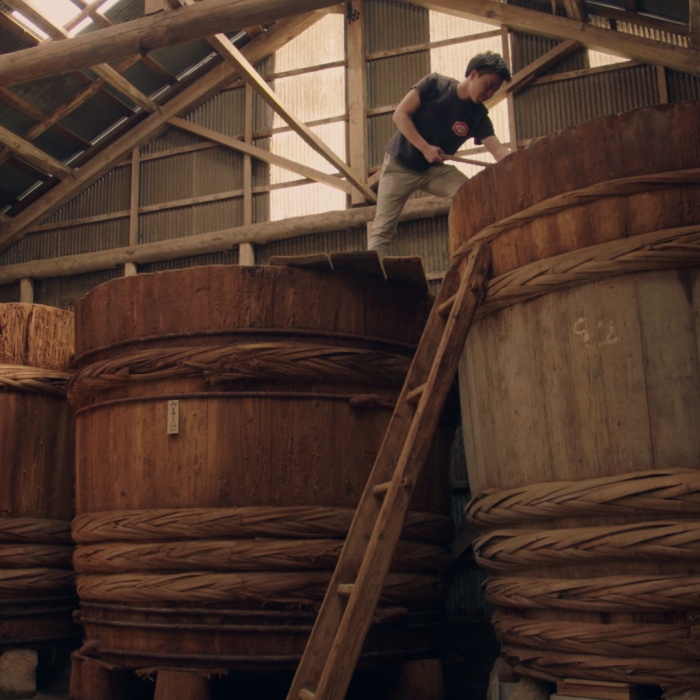 Want to save money on your favourite sake purchases? The BSA is here to help! 🤩
BSA Noguchi Naohiko Sake Institute Dinner
🍶 The British Sake Association is very busy this week! Our Chairman Marie Cheong-Thong and BSA Committee Officers Oliver Hilton-Johnson @tengusake, Sarah Stewart @sakestudies and Henry Thorogood @henreetee have been judging sake at the International Wine Challenge - some fabulous entries this year 👏👏👏 It was lovely to see so many sake friends again in person after the last few years of international judges not being able to travel to London ❤️
🍶🍶 SAVE THE DATE!!! 🍶🍶🍶
🍶 THIS IS YOUR LAST CHANCE!!! 🍶
🍶NEXT BSA EVENT: SAVE THE DATE!
Loading Comments...
%d bloggers like this: